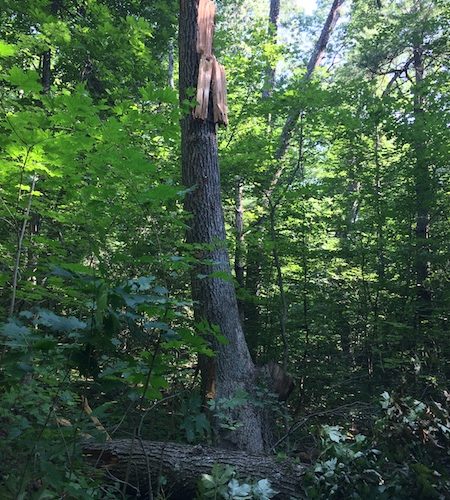 On Friday August 2 Bob Roemer led a team of Rebecca, Betsy, Alice and Gordon to remove two dangerous trees on the Bob Horton Trail. These trees had been seriously damaged because of a micro burst during one of the recent storms. One tree was completely blocking the trail and the second tree was in a dangerous condition next to the trail; it could have collapsed at any time putting passers by at risk.

The first tree was completely on the ground and was removed by with some hard work using a chainsaw, hand saw and loppers. 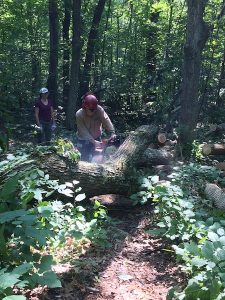 The second tree gave a fight! It was broken many feet off the ground and Bob had to remove limbs that were supporting it, then with extensive use of a come-along the tree was “unzipped” apart.